A downloadable game for Windows

In the future year of 2011, Zeta Reak, kind, gentle king of the Xenolians, is overthrown by a powerful tyrant named the "Xenogunner".

The Xenogunner is a mysterious being capable of many frightening feats, using a power known as "Xenonature", a powerful energy that grants one trained in the use of it many elemental and non-elemental powers.

Zeta, too, is gifted with the powers of Xenonature. It's up to Zeta to overthrow the Xenogunner and reclaim the throne...

...but is the Xenogunner actually the one pulling the strings...?

Xenogunner is an intense boss-focused run-and-gun platformer based on games from the days of 16-bit consoles. With the addition of conveniences like mouse aiming and highly customizable difficulty settings, we believe that we've truly modernized a classic game genre that started in decades long since past.

If you are interested in more information on the original game jam entry, visit: https://happy-frog-games.itch.io/xenogunner-gamejam
#MadeWithFusion

In order to download this game you must purchase it at or above the minimum price of $14.99 USD. You will get access to the following files:

This game is really good but an option to remap buttons would be really awesome!

There is one! Keyboard I'm guessing, right? It's explained better for controllers. But if I recall correctly for keyboard, you go to the settings screen and press one of the function keys, probably F7, F8 or F11? Can't remember for sure though.

There is no settings from the main menu, but im guessing you mean "Setup" Unfortunately, none of the Function Keys work in both Setup and Accessibility menus

Do you have the latest version? Try downloading "Xenogunner_Itch_Release_1.2.zip", it wasn't a feature available at launch after all. Also, the demo, unfortunately, was never updated to have the feature at all, neither was the GameJam release. Also I just checked, the key is F9.

I was playing in release 1_2 all this time. I reinstalled the game and I still cant bring up the option. I tried pressing F9 in the main menu, setup and accessibility submenus but to no avail. 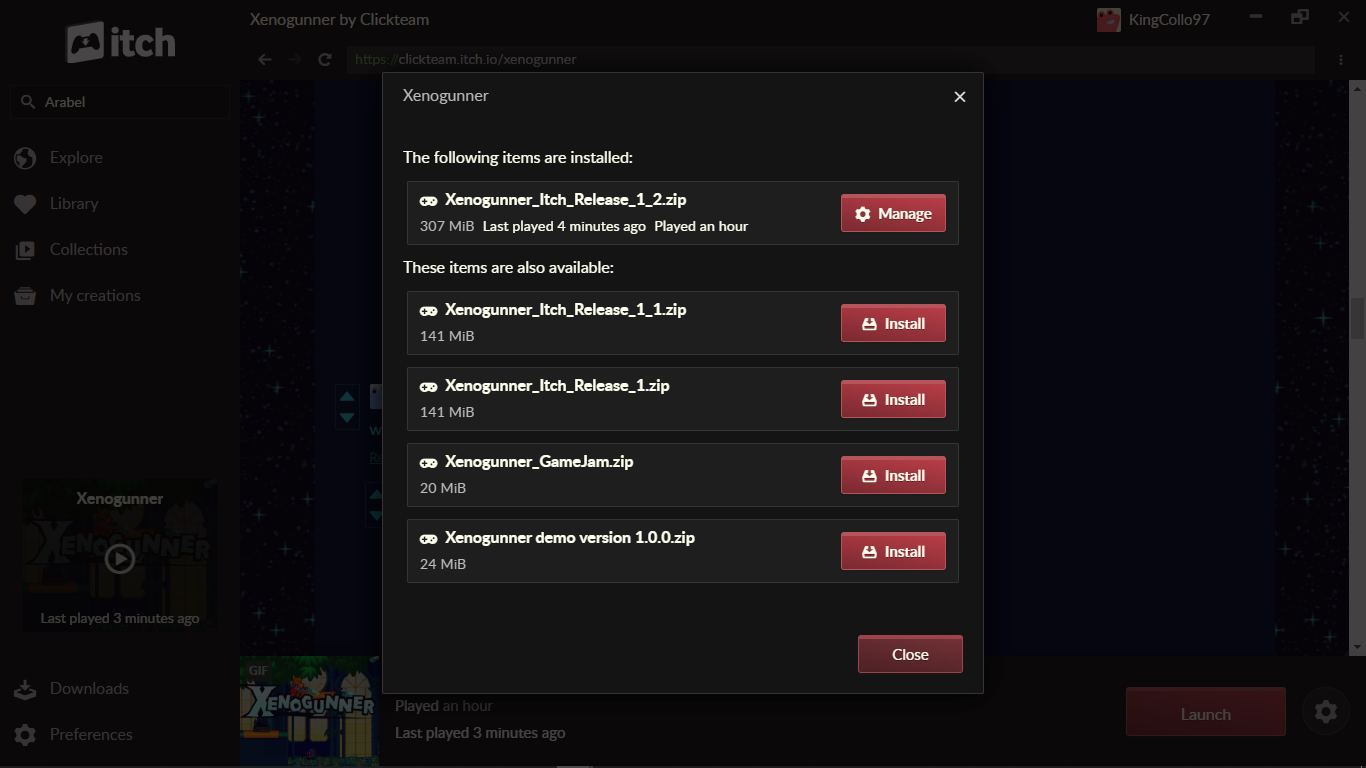 that's... quite odd. I'm not quite sure what's going on there.

it's the only thing I can think of, f9 works just fine on my own keyboard so I have no real way to figure out what's going on over on your end. also, are you sure f9 works in other programs? perhaps the f9 key is simply broken on the keyboard...?

wanna help however I can, I just need to get as much info as possible before I dive in with potential solutions. wouldn't even mind sending you some private test builds to try and diagnose it that way if it comes down to it as a last resort. could start with, say, adding f5 as an alternate option for pulling it up if I do go the test build diagnosis route. or maybe I can find room to add another proper button for it somewhere... hm...

why can't I map any actions to triggers on a controller?

What controller are you using...?

There's honestly only so much that can be done when there are some weird driver-related issues that cause triggers to work completely differently on some systems entirely arbitrarily, even for the same controller, but at least if I know what controller you're using I'll have some idea what's going on and if there might be some kind of solution.

I could potentially, in the near future, test to see if the game even needs an adapter to use a Switch Pro controller, the input handler I'm using may have already handled that out the box, but I'm not 100% sure. And I'm not sure the Switch Pro controller even works properly at all on PC without some kind of adapter or program, so I'm not sure there's any kind of solution here other than that.

I hope one of us can find some sort of solution (either on your end or by fixing something on the game's end or something else like that), and barring that, can live with weapon switching on the face buttons or enjoy the game on keyboard + mouse, depending on what your circumstances are in why you're using a controller and the specific choice of controller in question.

Reminds me a lot of the run and gun bullet hell style games like Gunstar Heroes and its pretty darn well done. The levels are short, but well balanced around the idea of getting better in the stage areas to maximize your health bar for the very challenging and varied boss encounters. The boss levels can feel a bit frustrating at first, but after getting into the groove of things, I really, really enjoyed this romp jumping and dashing through the bullets. 4/5

Lead dev of the game here! The game's main inspiration was Alien Soldier, which was another Treasure-made run-and-gun for the Sega Genesis... with some similarities to Gunstar Heroes. And hey, in fairness, I love Gunstar Heroes too and the game is a bit inspired by it too, heh...

Glad to hear you enjoyed the game! A steep learning curve is definitely something I'm aware is a bit of a problem in this one. If/when I make a follow-up I'm kinda hoping I can find a way to make it a bit easier to get into, though admittedly with the ideas I have in mind that may be easier said than done.

Hey, thanks for taking time to reply :) I am usually not someone in favor of compromising a games vision by lowering its difficulty, but the disparity between the relatively easy levels and incredibly challenging boss encounters really seems there might be a way for an additional difficulty setting somewhere (like having less health on bosses for an easier mode, but having more enemies in the level areas on a higher difficulty), as that probably limits the broadness of the games appeal somewhat.

The unusually easy levels and hard bosses were admittedly intentional as the game is a spiritual successor to Alien Soldier, which did basically the same thing, even if I know it limits the appeal a bit to people who aren't fans of that game.

Though in fairness, this game and Alien Soldier aren't the only two games I know of that purposely put most of the difficulty into the boss fights. Metroid Prime did something like that for example. Love that game too btw, though it wasn't really inspiration for this one, and the reason it did that is quite different since that one was supposed to be about exploring, so bosses being the only hard part just kinda made sense.

Though uh... this one maybe kinda didn't put enough into making the stages actually interesting, which I feel is a much bigger problem than the stages being too easy compared to the bosses. If I make a follow-up, more than making the stages harder, I at least want to make sure they're fun. Fun is the priority, if I can get that down then I feel like it'll help out a bit, heh. That and having more difficulty customization that specifically applies to the bosses, that's also something I've had in mind.

Ah, very good to hear. Well I certainly am looking forward to your future games. :)
Thanks for the insight, always appreciated!

This game is so good, wow. The bosses have so many cool ideas and are constantly surprising, the aesthetic and music are great, and I really loved the humor and writing--I didn't expect to be so attached to these characters by the end. I was genuinely sad when I finished the game because I was having such a wonderful time, but I'll definitely be coming back to it for replays.

I really hope this game gets more attention soon because it's ridiculous how obscure it is given the quality.

If you enjoyed the game but want to get more out of it, there's always the Custom Gauntlet, and also some hidden bonus content to try to look for if you haven't already found it.

And I'm glad to hear you enjoyed it!

great game overall, but a lot of problems detracted from the experience.

the graphics and music were excellent. and making a game inspired by alien soldier was a neat choice. but setting up my controller was godawful, and the way to rebind it in-game was well hidden. it lacked a volume slider which is common in most games. DARGONSLAYER as the first password is farcical; not sure if that was a typo or some in-joke, but it made me think the password system was broken.

i could go on, but i think the point's been made. i'd love to see these problems fixed because the game is fun but i fear others might not have the patience to weather them.

A very nice game of bossfights and goofy story.

you uh, pretty much registered just to ask this it seems?

I am curious why you'd wanna know, are you a game dev trying to figure out whether or not it's worth putting games on itch.io...???????

ahhh, okay. well, it's an interesting balance to strike because itch.io is free but Steam costs $100 per game, and on itch.io people can pay extra for games and takes a smaller cut than Steam by default, end result is, both have ups and downs, and while you should probably expect higher sales numbers on Steam based on the sales of my previous Steam game (Flashover MegaSector, if you're curious), you may not necessarily make more money depending on the exact numbers and price. it's kind of an interesting situation where exact numbers can't really get across the nuance of it, so basically I'd advise going with both, and maybe start with itch.io since it doesn't cost you anything.

how many bought this? 1 a year?

Game only released on itch.io a few weeks ago, it hasn't even been a full month, even less a year.

Reply
Wake Up Games1 year ago

I don't know the exact numbers since I don't have access to the itch.io statistics, but when I asked a week ago it was, at least, definitely purchased more than once, and it's probably only gone up since then making an exact number kind of hard to know without asking my publisher again. 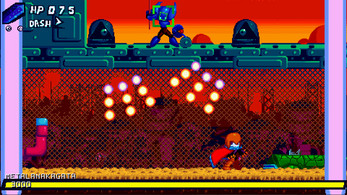 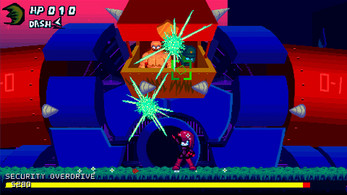 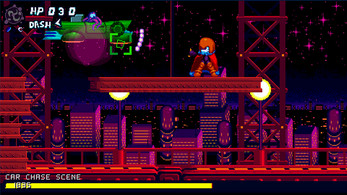 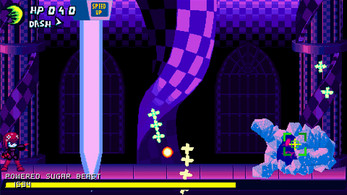 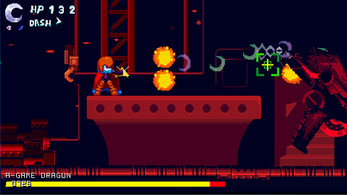